Cutting costs by reducing the size of truck fleets and the number of available drivers during an economic downturn can seem to make good business sense.

However, invariably there comes a time when demand for trucks that can deliver goods increases again. But it can take a long time for larger trucking companies to meet this demand again.

This means there’s an opportunity for smaller companies to fill the gap and meet these needs. And many of them are already doing just that by adding more trucks, terminals, and drivers.

Many smaller trucking companies, like ASF Transportation Group in Alabama, are opening new terminals in major transportation hubs to meet the increased demand. Even the addition of a few terminals can greatly increase capacity, especially if those terminals are strategically located in areas where a lot of businesses are looking for delivery resources. ASF opened two hubs in Chicago and Fort Smith, and subsequently reported an increase of more than 200 extra loads per week. It’s not surprising the company has additional expansion plans.

Many Bigger Companies Are Hitting Limits

One of the reasons why bigger companies are having trouble meeting increased demand is because they are hitting limits while trying to add trucks and drivers. So, even if larger trucking companies have the financial resources to up their staff and fleets, it’s not something that can do quickly. This is another reason why smaller companies have an opportunity to fill the gap and meet the needs of shippers. According to stats reported by QualifiedCarriers.com, the number of for-hire carries operating with operating capacity increased by six percent during the first seven months of 2017.

When looking at insurance registration figures with the U.S. Department of Transportation (DOT), it appears that the growth of smaller, for-hire trucking companies is a trend that’s going to continue. Signs of growth first became evident during the first half of 2016. During this period, the number of for-hire carriers increased by approximately 20,000, according to QualifiedCarriers.com, a trend that continued during the first half of 2017.

Larger trucking companies also experienced growth during the same period, although it wasn’t as significant as what was seen with smaller companies. Stats show larger companies are making an effort to add more trucks, with the number of carriers with 500-plus fleets rising nearly one percent during the first half of 2017. Figures for both smaller and larger companies are at or near all-time highs, which is a good news, in general, for the trucking industry.

In addition to having issues with limits, bigger trucking companies are also finding it difficult to find professional drivers. For example, Werner Enterprises added more than a hundred trucks during the second quarter of 2017. Even so, this is still more than 130 trucks less than what the company operated going into 2016. Some larger companies are also having to absorb costs to update equipment on trucks to attract and retain drivers. 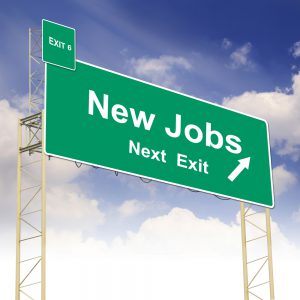 The focus for some smaller companies like ASF is to make an effort to better serve shippers by meeting a wide range of transportation needs. The company has stated that their goal is to “build a broader presence,” a goal shared by many other smaller trucking companies looking to add new terminals and divisions in areas where there’s an increased demand for available commercial transportation.

As freight demand reaches its peak demand during the fall months, there’s likely to be even more opportunities for smaller trucking companies to expand and provide essential delivery and transportation services. Ultimately, it’s a win-win situation for both shippers and smaller trucking companies. Shippers will be better prepared for the peak-shipping season and trucking businesses will be able to welcome new customers, hire new employees, and expand their operations.

Do you see more opportunities for smaller carriers or are the big guys squeezing the little guys out?

Go to our facebook page here and leave a comment to let others know what you think.

As always, please feel free to reach out to Pay4Freight with all your factoring questions.